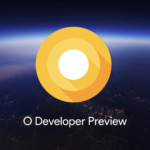 It wouldn’t be Google’s annual developer conference without the birth of the latest version of Android, would it? 2017 sees the company announcing Android O, an operating system that’s not really about flashy features. Instead, the software is all about making the user’s experience that much easier and better, thanks to weirdly-named concepts like “Fluid Experiences” and “Vitals.” We’ve already seen big chunks of Android O, which has been available in developer preview form since March. Much of Google’s effort has been behind the scenes, reducing battery drain, improving notifications and joining up its platforms to make the experience that much more seamless. Some of these features are covered by Fluid Experiences, which includes a picture-in-picture mode, the aforementioned new notifications and Google’s smart text selection / autofill. In addition, Android O is packing a “lite” version of Tensorflow , software that enables computers to learn quicker than ever before. In the Vitals column, there’s faster boot and app load times, as well as Play Console Dashboards and Android Studio Profilers. Android O is also getting Google Play Protect , a raft of new security features to protect your device from security threats with a built-in device finder. One of the biggest cheers at I/O went up when the company announced that Android O would support the Kotlin programming language. In the run up to I/O, we also learned about other features that Android O will be boasting, including a technology called ” Copyless Pasting .” In addition, Google recently lifted the lid on Project Treble , which will apparently ease the pain of getting updates pushed out to various handsets. The Android O beta is available to download from today and will be available for everyone later this year. This is a developing news story, please refresh the page for more information. For all the latest news and updates from Google I/O 2017, follow along here 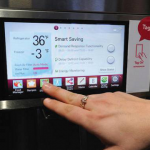