Reader Jason Koebler quotes a Motherboard article: Wikimedia and Facebook have given Angolans free access to their respective websites, but not to the rest of the internet. So, naturally, Angolans have taken to hiding pirated movies and music in Wikipedia articles and are also sharing links to these files on Facebook, creating a totally free and clandestine file sharing network in a country where mobile internet data is extremely expensive. It’s undeniably a creative use of two services that were designed to give people in the developing world some access to the internet. But now that Angolans are causing headaches for Wikipedia editors and the Wikimedia Foundation, no one is sure what to do about it. Read more of this story at Slashdot. 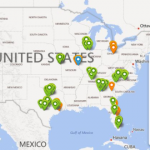