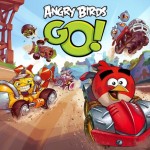 Angry Birds Go! (they’re emphasis, not ours) is the next big entry in the Angry Birds franchise, first teased back in June by the Finnish bird-flinging game company. The game takes the “universe” of Angry Birds and applies it to downhill cart racing; it’ll even accept new karts in the form of telepods, the Skylanders -esque system first introduced in Angry Birds Star Wars 2 . As the teaser shows, players employ power-ups to take their birds, pigs, and other Angry Birds characters past opponents on a variety of downhill courses. Beyond it being an entirely new genre for the Birds , the game looks dramatically prettier than other Angry Birds series entries. We’ll get to see just how those fancy new graphics play out when the game arrives worldwide on December 11th for both iOS and Android devices. Head below the break for the debut gameplay trailer. Filed under: Gaming , Software , Mobile Comments Source: Rovio

Excerpt from:
Angry Birds Go! is MarioKart with birds, arrives for free on iOS and Android December 11th 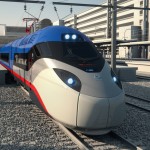 Force Touch And Haptics Said To Be Coming To iOS 9...