Lucas123 writes “It may be a movie about a stone age family, but DreamWorks said its latest 3D animated movie The Croods took more compute cycles to create than any other movie they’ve made. The movie required a whopping 80 million compute hours to render, 15 million more hours than DreamWorks’ last record holder, The Rise of the Guardians. The production studio said between 300 and 400 animators worked on The Croods over the past three years. The images they created, from raw sketches to stereoscopic high-definition shots, required about 250TB of data storage capacity. When the movie industry moved from producing 2D to 3D high-definition movies over the past decade, the data required to produce the films increased tremendously. For DreamWorks, the amount of data needed to create a stereoscopic film leaped by 30%.” Read more of this story at Slashdot. 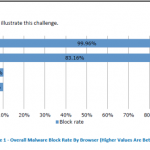 What’s The Best Browser to Protect You against Malware? 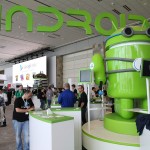 Google will strip Oracle’s Java code out of Android