Nate the greatest (2261802) writes with news made public Friday that Apple has acquired a little known ebook company called Booklamp, a small Idaho-based ebook startup which is best known for the Book Genome Project. First shown off to the world in 2008, this project was conceived by Booklamp founder and CEO Aaron Stanton as a way of analyzing a book’s pacing, dialog, perspective, genre, and other details in order to identify a book’s unique DNA. Booklamp has been using the tech to sell various services to publishers, tech companies, and the like, but Booklamps’s existing contracts were apparently cancelled earlier this year. According to one industry insider the deal happened in April, but Apple managed to keep the news under wraps until just last night. No one knows for sure how Apple will use booklamp but there is speculation that Apple could launch an ebook subscription service similar to the week-old Kindle Unlimited, or they could just use Booklamp to drive ebook recommendations in what some are speculating is the world’s second largest ebookstore. Read more of this story at Slashdot. 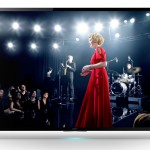 Which 4K TVs are worth buying?