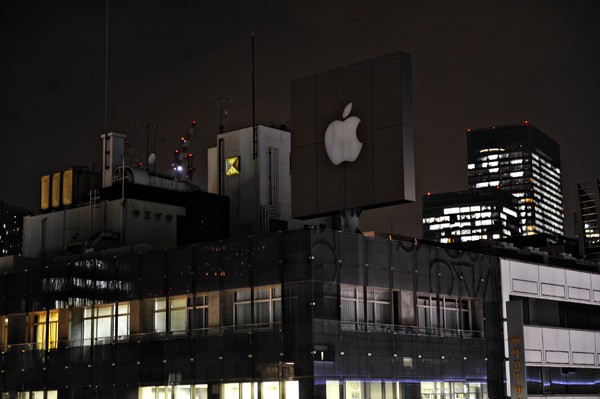 Surprise, surprise — Apple just let the cat out of it’s own bag. In right around a half-hour, the company will officially unwrap plans to initiate a dividend and share repurchase program commencing later this year. ‘Course, analysts have been clamoring for such an announcement for quite some time, and with a stock price near $600 and some $100 billion in the bank, the outfit can clearly afford it. More specifically, Apple plans to “initiate a quarterly dividend of $2.65 per share sometime in the fourth quarter of its fiscal 2012, which begins on July 1, 2012.” Granted, that’s all subject to the Board of Directors giving the ole a-okay, but we highly doubt the company would issue such knowledge without a practical guarantee that everyone is on board. Additionally, the Company’s Board of Directors has authorized a $10 billion share repurchase program commencing in the Apple’s fiscal 2013, which begins on September 30, 2012; we’re told that said program will be executed over three years, with the main goal being to “neutralize the impact of dilution from future employee equity grants and employee stock purchase programs.”

As for CEO Tim Cook’s thoughts on the matter?

“We have used some of our cash to make great investments in our business through increased research and development, acquisitions, new retail store openings, strategic prepayments and capital expenditures in our supply chain, and building out our infrastructure. You’ll see more of all of these in the future. Even with these investments, we can maintain a war chest for strategic opportunities and have plenty of cash to run our business. So we are going to initiate a dividend and share repurchase program.”

Naturally, this all shows that Apple is supremely confident in its future, but it doesn’t shed any light into potential acquisitions from a technology standpoint. Strangely enough, it was just a few days ago that Mr. Cook ended his new iPad keynote with a promise that 2012 would be chock full of unbelievable things from his company, but it sounds like the only folks celebrating this particular announcement are those with a hand in the stockpile. We don’t expect to glean much more than what’s given in the presser just past the break, but we’ll be liveblogging the actual conference call starting at 9AM ET.

Apple announces dividend and share repurchase program for 2012, expects to spend $45 billion over three years originally appeared on Engadget on Mon, 19 Mar 2012 08:32:00 EDT. Please see our terms for use of feeds.