Bloomberg reported on Tuesday that Apple has ceased all online sales in Russia as the country has been unable to keep its currency from fluctuating dramatically. In the last month, Apple had already increased the price of its iPhone 6 in that country by 25 percent due to currency uncertainties. “Our online store in Russia is currently unavailable while we review pricing,” Alan Hely, a spokesman for the Cupertino, California-based company, told Bloomberg. “We apologize to customers for any inconvenience.” It is uncertain when Apple will reinstate its operations in Russia. Bloomberg noted that the Ruble sank 19 percent today, “with a surprise interest-rate increase failing to stem a run on the currency.” At one point during the day, the ruble sank to 80 on the dollar. Read 3 remaining paragraphs | Comments 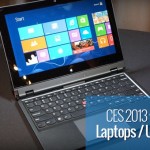