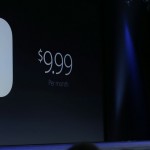 When Apple first revealed iTunes Match — the service that lets you add your own, non-Apple purchased music to iTunes — the 25, 000 song limit probably seemed huge. That was way back in 2011, however, and Apple VP Eddy Cue has revealed that when iOS 9 arrives this fall, Match will be bumped to 100, 000 songs. Cue reminded followers that Apple Music will also get Match-like capabilities, meaning you can fill in any missing streaming music with your own tracks. Though the service will launch tomorrow with a 25, 000 song limit, it too will support 100, 000 songs when iOS 9 comes out. That’s good news for users who want song-matching in Apple Music but not iTunes, as it’ll save them the $25 per year iTunes Match subscription. Also, though Apple has resolved many disputes with labels and artists , a lot of music will still be missing — which users can buy from any source or fill in from their own collections. Apple Music is scheduled to launch tomorrow, and will be free for the first three months. After that, it’ll run $9.99 per month. Beats 1, meanwhile, will come a day later on July 1st. [Image credit: Getty Images] Filed under: Home Entertainment , Apple Comments Via: SlashGear Source: Eddy Cue

Taken from:
Apple is bumping the iTunes Match limit to 100,000 songs 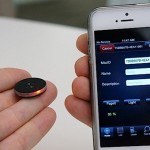