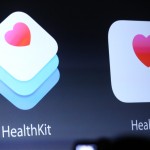 Apple revealed a lot of news at its annual Worldwide Developers Conference this year, but it didn’t discuss or show of any iWatch. Still, a new report from Japanese newspaper the Nikkei says that an iWatch is indeed on its way, with a targeted ship date of October. The gadget will include a curved OLED screen and health tracking functions, and be powered by iOS 8, Nikkei reports.… Read More

This Is the First Building That Can Heal Its Own Cracks...