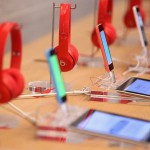 Despite attempts to curb patent trolls , at least some of them are getting lucky — and this week, one got very lucky. A Texas court has ordered Apple to pay a whopping $532.9 million to Smartflash, a holding company which sued over claims that iTunes (specifically its copy protection, payment systems and storage) violates its patents. The Cupertino crew allegedly abused the inventions on purpose, in part because one of its execs was briefed on them over a decade ago. Apple is appealing the ruling, and points out that Smartflash hasn’t exactly been above-board in its behavior. It exists solely to extract patent royalties, and waited years to take action — it even set up its only office across from the courthouse holding the trial, making it clear that lawsuits were expected from the start. It’s hard to tell whether or not the appeal will succeed in reducing the payout (Apple wanted to limit damages to $4.5 million) or overturning the verdict. However, Apple isn’t the only target in the crosshairs. Smartflash has also sued Google and Samsung, so it could cause a lot of grief for the tech industry as a whole. [Image credit: Adam Berry/Getty Images for Apple] Filed under: Software , Apple , Samsung , Google Comments Via: MacRumors Source: Bloomberg 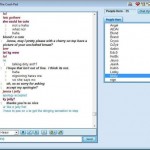