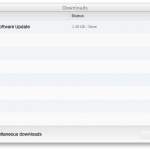 The new iPhone 5S is out and normal folks are getting their fingerprints all over it—exactly what Apple intended with the inclusion of the fingerprint scanner. However, early reviews have included the occasional note that the fingerprint scanner’s ability to enable iTunes purchases didn’t quite work correctly—the iPhone 5S would prompt for a password instead of simply accepting the fingerprint. To address this, Apple has issued an update to iOS 7 for the iPhone 5S (and also for the 5C, though it’s unclear what else the update addresses). Several other outlets are reporting that the update is only 17.5MB, but when I checked via iTunes on my fresh-from-the-box iPhone 5S, I got a download that was 1.39GB in size. We’ll have our full iPhone 5s review up as soon as possible, along with video showing off how the new devices (and their new cameras) work. Read on Ars Technica | Comments 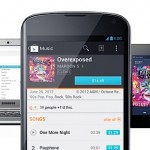 Google Music gains scan and match feature in the US