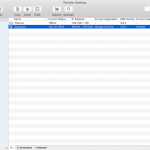 There was one other Apple software update that came out yesterday, though it got lost in the shuffle between OS X and iOS system updates and record-breaking financial results . The venerable Apple Remote Desktop (ARD) application has been bumped from version 3.7.2 to version 3.8. Version  3.7.2 was a relatively minor update issued in March of 2014, and version 3.7 goes all the way back to October of 2013. ARD is pretty far off the beaten path, but the short version is that it’s an administrative tool used primarily by IT people to manage large numbers of Macs. It can do standard remote desktop stuff—viewing and taking control of remote Macs’ screens to perform maintenance or help out end users—but it also has a bunch of other handy capabilities. Among other things, administrators can use ARD to push out updates or other software packages to a bunch of Macs at once, run scheduled maintenance, show user and application usage histories, and view hardware and software information for each computer. The biggest addition to version 3.8 is official support for OS X Yosemite, and the update redesigns the app’s icon and UI to mesh better with Yosemite’s new aesthetic. Older versions of ARD supported Yosemite, but performance was quite a bit slower and image quality was visibly poorer than it was for officially supported versions. Improvements to file copying, Full Screen mode, and viewing multiple client desktops at once round out the update. Read 2 remaining paragraphs | Comments

How a fishing guide’s WordPress site became home to half a... 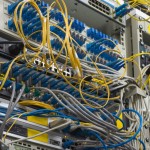 What you need to know about HTTP/2