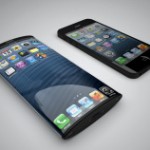 Apple is said to be working on two curved display iPhone models for the “second half of next year,” according to a source speaking to Bloomberg , with a likely released planned for the third quarter, and building better touchscreen sensors that introduce fine pressure sensitivity for later devices to be introduced after that. These new iPhones for 2014 would come in 4.7 and 5.5-inch flavors, according to the report, meaning that Apple would be introducing not one, but two different models at the same time, in theory. We’ve seen reports of Apple working on different models of large-screen devices in the past, including one from the Wall Street Journal that suggests it’s been working on different tests of devices with screen sizes between 4.8 and 6 inches. This is the first time we’ve really heard firm information about a possible release date for said devices, from a source as generally reliable as Bloomberg. A Japanese iOS rumor site claimed a September launch for a large-screen iPhone late in October, however, and two reliable analyst sources predict a 4.7-inch iPhone 6 bound for stores in late 2014. Apple also introduced precedent for doing two models of new iPhone at once this year with the iPhone 5s and iPhone 5c, so the idea that it could do so again in the future makes some sense. But two new larger-screened devices at once does seem like a stretch – thought if Apple retained an iPhone 5c as its third, budget device and added two more to the mid-tier and high-end range, that might allow it to do so without adding crazy complexity to its product lineup. The sensor developments are potentially more interesting to those who find the current screen size of the iPhone adequate; true pressure sensitivity (currently, some crude extent of that is possible via the iPhone’s accelerometer) would make drawing and handwriting applications on the iPhone and iPad much, much better. Apple could sell the devices as professional-level artistic devices if it introduces those kinds of features, in addition to just making things better for everyday users who want to jot notes and doodle, for example, or perform minor photo touch-ups. It’s very early days to make any kind of judgement about the likely accuracy of these claims, but the source gives it some weight. Apple’s iPhone joining the ranks of bigger-screened devices definitely makes sense as a next move for the lineup, but curved glass manufacturing also seems quite expensive at this point for Apple to be considering launching two new devices with that feature at once. Via 9to5Mac . Photo courtesy MyVoucherCodes.co.uk . 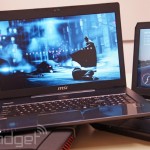