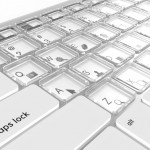 Apple’s plans for advanced laptop controls may extend beyond that rumored OLED touch strip . Both 9to5Mac and TrustedReviews report that Apple has been in talks to use a laptop version of Sonder Design’s dynamic keyboard technology, which uses E Ink to change key labels on the fly. Just how Tim Cook and company would implement the hardware isn’t clear, but it might work the way these keyboards have operated since the days of Art Lebedev’s Optimus Maximus . If so, you’d get handy labels on keys as you switch contexts, such as brushes in an image editor or different characters when you switch languages. Although Sonder has confirmed that talks have taken place, it’s not saying whether or not it has a deal. It only adds that it’s “closing B2B procurement contracts” with three laptop makers, and that Foxconn (which helped get Sonder off the ground) and E Ink are helping. Given the timing, you probably aren’t going to get a MacBook with this keyboard any time soon. Even if Apple has a contract in place (there’s no guarantee that it has), you probably wouldn’t see these livelier keyboards until 2017 at the earliest. Source: 9to5Mac , TrustedReviews 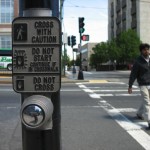 Placebo buttons do absolutely nothing, and they are everywhere