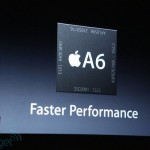 The fact that Apple relies upon Samsung, its arch-rival , for a healthy amount of its components, is one of the biggest paradoxes in the tech industry. Still, if The Korea Times is to be believed, the unhappy marriage between the two could rapidly be heading towards a divorce. While Apple has previously splashed out several billion per year on Samsung components, the newspaper is suggesting that Cupertino will turn to TSMC to produce its next generation of mobile CPUs — a rumor that’s been making the rounds recently. It’s source, and executive at one of Samsung’s partners, claims the manufacturer has been cut out of development of the A7 CPU, adding a little bit more credence to those claims. What’s more, the same source reports that TSMC is gearing up its 20-nanometer production line to crank out the hardware ready for 2014. Comments Via: The Next Web Source: Korea Times

Read the original:
Apple said to be ditching Samsung in favor of TSMC for A7 CPU