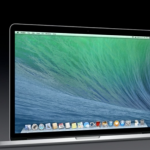 Apple today unveiled OS X 10.9 at its Worldwide Developers Conference (WWDC), showing off the first major revision of the Mac’s operating system since last year’s Mountain Lion . Apple has apparently run out of cat names and is now naming releases after places in California, where OS X is developed. The new OS X is thus named ” Mavericks .” Developers are being given a preview version of Mavericks today. It will be available to the general public in the fall. New features include tabs in the Finder, allowing multiple Finder windows to be drawn together in tabs. Apple is bringing tagging to documents—any tags you add to a document will appear in the Finder sidebar and in iCloud. Multiple tags can be added to each document, and these tags will allow new search capabilities. Mavericks will make life easier for users who have multiple monitors. Menus will be spread across the different displays, and users will be able to take a window full-screen on one display without disturbing the desktop on another display. HDTVs connected to Apple TV boxes can also act as displays. Mission Control has been “super charged for multiple displays,” Apple said, making it easier to drag apps and windows from one monitor to another. Read 12 remaining paragraphs | Comments

Firefox 54 Arrives With Multi-Process Support For All Users

Watch this man steal $1.6 million worth of gold in the...