An anonymous reader writes: Apple today launched Move to iOS, the company’s first Android app built in-house. As we noted earlier, “It should surprise no one that the first app Apple built for Android helps you ditch the platform.” The fact that the app is getting flooded with one-star reviews is not particularly surprising, either. At the time of publication, the app has an average rating of 1.8. The larger majority (almost 79 percent) are one-star reviews, followed by five-star reviews (almost 19 percent). Read more of this story at Slashdot. 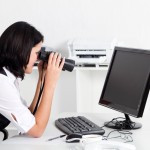 Shryne for iPhone Lets You Download and Archive Your Own Social...