Apple has a new trick up its sleeve with the iPhone 5s that was talked about on stage during its recent reveal event, but the impact of which won’t be felt until much later when it gets fully taken advantage of by third-party developers. Specifically, I’m talking about the M7 motion coprocessor that now takes the load of tracking motion and distance covered, requiring much less battery draw and enabling some neat new tricks with tremendous felt impact. The M7 is already a boon to the iPhone 5s without any third-party app support – it makes the iPhone more intelligent in terms of when to activate certain features, and when to slow things down and converse battery life by checking less frequently for open networks, for instance. Because it’s already more efficient than using the main A-series processor for these tasks, and because changing these behaviours can themselves also save battery, the M7 already stretches the built-in battery to its upper limits, meaning you’ll get more talk time than you would otherwise out of a device that’s packing one. Besides offering ways for Apple to make power management and efficiency more intelligent on the new iPhone 5s, the M7 is also available for third-party developers to take advantage of, too. This means big, immediately apparent benefits for the health and activity tracker market, since apps like Move or the Nike+ software demoed during the presentation will be able to more efficiently capture data from the iPhone’s sensors. The M7 means that everyone will be able to carry a sensor similar to a Fitbit or equivalent in their pocket without having to cart around a separate device, which doesn’t require syncing via Bluetooth or worrying about losing something that’s generally tiny, plus there’s no additional wristwear required. And the M7′s CoreMotion API is open to all developers, so it’s essentially like carrying around a very powerful motion tracking gizmo in your pocket which is limited in function only by what developers can dream up for it. So in the future, we’ll likely see gesture-controlled games (imagine the iPhone acting as a gesture controller for a title broadcast to Apple TV via AirPlay), as well as all kinds of fitness trackers and apps that can use CoreMotion to limit battery drain or change functionality entirely depending on where and when they’re being used, as detected by motion cues. An app might offer very different modes while in transit, for instance, vs. when it’s stationary in the home. Apple’s iPhone 5s is an interesting upgrade in that much of what’s changed takes the form of truly innovative engineering advances, with tech like the fingerprint sensor, camera and M7 that are each, in and of themselves, impressive feats of technical acumen. What that means is that, especially in the case of the M7, the general consumer might not even realize how much of a generational shift this is until they get their hands on one, and new software experiences released over the hardware’s lifetime will gradually reveal even more about what’s changed.

Read More:
Apple’s M7 Motion Sensing Coprocessor Is The Wizard Behind The Curtain For The iPhone 5s 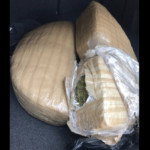