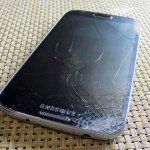 Michael Mandiberg Researchers said they have uncovered two apps that were downloaded from the official Google Play market more than one million times that use Android devices to mine the Litecoin and Dogecoin cryptocurrencies without explicitly informing end users. According to a blog post published Tuesday by a researcher from antivirus provider Trend Micro, the apps are Songs , installed from one million to five million times, and Prized , which was installed from 10,000 to 50,000 times. Neither the app descriptions nor their terms of service make clear that the apps subject Android devices to the compute-intensive process of mining, Trend Micro Mobile Threats Analyst Veo Zhang wrote. As of Wednesday afternoon, the apps were still available. Mining apps typically consume larger-than-average amounts of electricity and can generate extremely hot temperatures as CPUs, GPUs, or other types of processors strain to perform cryptographic hashing functions required for users to mint new digital coins. The strain can be especially onerous on smartphones, because they’re equipped with hardware that’s much less powerful than that found in traditional computers. The apps discovered by Trend Micro were programmed to mine coins only when devices were recharging. That setting would help prevent batteries from draining quickly, but it would do nothing to prevent devices from overheating or consuming large amounts of bandwidth. Read 3 remaining paragraphs | Comments

TrueCrypt Audit Back On Track After Silence and Uncertainty