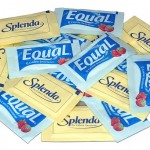 Flickr user Bukowsky18 People who are watching their weight will often opt for a diet soda, reasoning that the fewer calories, the better. But the availability of drinks and foods made with artificial sweeteners like saccharin, sucralose, and aspartame hasn’t seemed to help much with our booming obesity levels. Now, some researchers might have identified a reason for this: the sweeteners leave their users with elevated blood glucose levels. But they don’t seem to act directly on human metabolism. Instead, the effects come through alterations in the bacterial populations that live inside us. The paper that describes this work, which was performed by a large collaboration of researchers from Israel, is being released by Nature today. The researchers note that epidemiological studies about the effects of artificial sweeteners have produced mixed results; some show a benefit, while others indicate that they’re associated with weight gain and diabetes risk. Given that human populations haven’t given us a clear answer, the researchers turned to mice, where they could do a carefully controlled study. They started taking a group of genetically matched mice and spiking their drinking water with either sucrose or a commercial prep of an artificial sweetener (either saccharin, sucralose, or aspartame). After five weeks, they checked the blood glucose levels of these animals. Eleven weeks later, the groups that were given the artificial sweeteners all had elevated blood glucose levels compared to those that received sucrose. This is typically a sign of metabolic problems, most often caused by insulin losing its effectiveness. It can be a precursor to type 2 diabetes. Read 10 remaining paragraphs | Comments 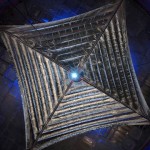