Astronaut Chris Hadfield — the tweeting , tumbling Canadian astronaut who’s a one-dude astro-ambassador from the space programme to the Internet — has produced and released a video of his own performance of David Bowie’s “Space Oddity” (AKA the “Major Tom song”) on the ISS. He adapts the lyrics a bit to his own situation — and changes out the whole dying-in-space chorous — but is otherwise pretty faithful. From the credits, it appears that David Bowie gave permission for this, though that’s not entirely clear. I would think that not even a major record label would be hamfisted and cack-handed enough to send a takedown notice over this one (it’s been suggested for Boing Boing more than any other link in my memory), but I’m prepared to be surprised. Space Oddity 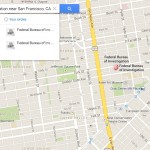 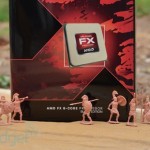 AMD wins race to 5GHz CPU clock speed, in which it...