Intel generated a storm of interest when it launched the HDMI-based Compute Stick , but is anybody willing to buy a tiny, under-powered PC? Who knows, but ASUS has just launched its own model that trumps Intel’s in nearly every way. It’s a lot less clunky-looking and one-ups Intel’s Atom CPU with a Cherry Trail model, while adding an extra USB 3.0 port and headphone jack for good measure. Otherwise, it has the same 2GB of RAM and 32GB storage, and works in the same way: you plug it into any HDMI TV, add a keyboard and mouse, then compute away on Windows 10. At least, we hope so. As we noted in our review , Intel’s stick is far from a powerhouse and not quite up to its primary task of serving music and video streaming to your TV and sound system. However, at $129, the ASUS VivoStick runs a bit less than Intel’s $150 Compute Stick, which might make it worth the gamble. Availability has yet to be determined. Filed under: Wireless , Storage , ASUS Comments Tags: asus, ComputeStick, HDMI, IFA2015, PC-on-a-stick, PC-on-a-TV, USB3.0, VivoStick 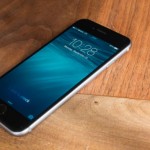