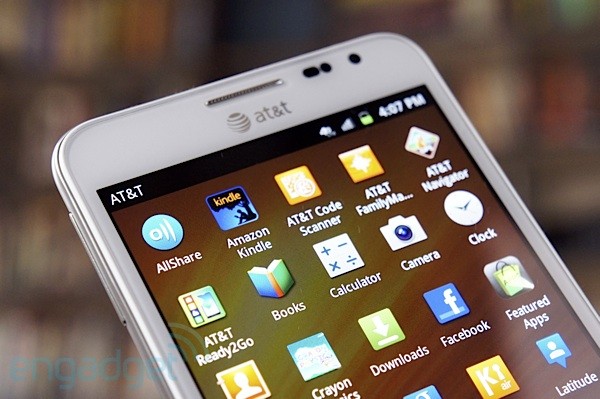 Anyone hoping for a truly unlimited “unlimited” data plan is still out of luck, but AT&T has announced some changes (or a clarification, as it puts it) to its throttling procedures today that will at least give you a bit more room to work with. For customers on an unlimited plan with a 3G or “4G” phone (i.e. HSPA+), you’ll now be able to enjoy full data speeds up to 3GB, after which you’ll then see your speeds decrease until the start of the next billing cycle. If you have a 4G LTE phone, however, you’ll have a full 5GB to play with before the throttling kicks in. That’s as opposed to the roughly 2GB of full data speeds that was available in both cases before — and, as with the throttling that was imposed originally, these changes only apply to those still on an unlimited data plan, not those on AT&T’s tiered data plans.

AT&T announces throttling changes, now kicks in at 3GB or 5GB for LTE originally appeared on Engadget on Thu, 01 Mar 2012 12:45:00 EDT. Please see our terms for use of feeds.

Read the original:
AT&T announces throttling changes, now kicks in at 3GB or 5GB for LTE