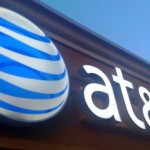 AT&T is expanding its GoPhone prepaid choices by adding a $45 tier for those who think the $60 plan’s offerings are too much, and the $40’s not enough. The company originally launched this option back in April, though you could only get it at Walmart. Now the $45 plan is officially listed on the company’s website , and it comes with unlimited talk, text and data. In fact, even the $60 option also comes with unlimited data now, but it’s not as “unlimited” as we’d all like. You only get 1GB of high-speed data for the $45 tier and 2.5GB for the $60 per month, after which AT&T will throttle your connection. Sure, it’s no fun browsing the internet on speeds reaching only 128kbps, but having a connection no matter how slow beats having none at all, especially in times of emergency. If you need more high-speed data, though, you can always top off the more expensive plan with 1GB for $10, or the $45 plan with 500MB for (oddly enough) the same price. Plus, you can add $10 on top of both tiers to get 1, 000 minutes of calls to landlines and cellphones in Mexico, among other add-on packages that you can see on AT&T’s website. Ma Bell not your carrier of choice? If T-Mobile has the better service where you live, you may want to look at its comparable (but even more competitive) Simple Choice prepaid plans. [Image credit: JeepersMedia/Flickr ] Filed under: Cellphones , Mobile , AT&T Comments Source: Droid Life , AT&T