How long will AT&T continue to get away with throttling unlimited data plans? Even after the Federal Communications Commission’s recent net neutrality ruling banned throttling, the FCC isn’t saying whether it will put a stop to it. All major US cellular carriers impose some form of throttling on unlimited data plans, but AT&T’s throttling seems most likely to fall afoul of the FCC’s rules. The big carriers generally reserve the right to slow down data speeds for customers with unlimited data plans after they hit a certain usage threshold each month, but they only do the actual throttling when the user is connected to a congested tower. AT&T, on the other hand, slows its unlimited LTE users down for the rest of the month once they’ve hit a 5GB threshold, and the throttling happens at all hours of the day and in all locations regardless of whether the user is connected to a congested tower. More than any other throttling policy enforced by a major carrier, this one seems designed to push customers with grandfathered unlimited data plans onto newer, more expensive plans that charge automatic overage fees when customers go over their caps. Read 12 remaining paragraphs | Comments 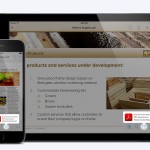 Adobe and Dropbox make it easier to edit PDFs from the...