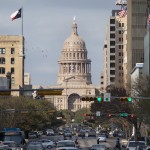 AT&T’s 5G wireless network just got much more tangible. The carrier has announced that its ultra-fast wireless will launch in two cities, Austin and Indianapolis, sometime later in 2017. And while it’s still early days, the company is confident enough to set some performance expectations. Initially, these 5G areas will deliver peak speeds of 400Mbps or better. And there’s definite room for it to grow — carrier aggregation and other techniques should push that to 1Gbps in “some areas” this year. The rollout is part of a larger network platform upgrade, nicknamed Indigo, that promises to be more adaptable and responsive. It’ll put more of an emphasis on software-shaped networking (covering 75 percent of the network by 2020) and lean on technologies like machine learning. AT&T is even open-sourcing the code for its network’s orchestration platform, ECOMP. Don’t expect to walk into a store and buy the 5G phone of your choosing once the service is ready. There’s still no 5G standard , for one thing. Also, new cellular wireless technology tends to launch with very limited hardware choices. Remember how Verizon launched LTE with a handful of bulky, compromised phones , and you were more likely to use it in modems and mobile routers? Expect a repeat. Until the technology has had time to mature, it’ll be more of a showcase for the network than a meaningful upgrade. Source: AT&T Newsroom 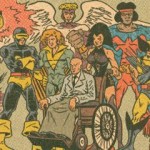