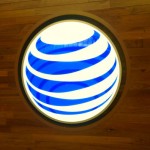 (credit: Mike Mozart ) AT&T’s home Internet data caps got an overhaul yesterday when the company implemented a recently announced plan to strictly enforce the caps and collect overage fees from more customers. Customers stuck on AT&T’s older DSL architecture will be facing lower caps and potentially higher overage fees than customers with more modern Internet service. AT&T put a positive spin on the changes when it  announced them in March , saying that it was increasing the monthly data limits imposed on most home Internet customers. This was technically true as AT&T already had caps for most Internet users. But previously, the caps were only enforced in DSL areas, so the limits had no financial impact on most customers. Now, a huge swath of AT&T customers have effectively gone from unlimited plans to ones that are capped, with an extra $10 charge for each additional 50GB of data provided per month. The only customers who aren’t getting an increase in their monthly data allowance are the ones who have been dealing with caps the past few years, according to AT&T’s data usage website : Read 7 remaining paragraphs | Comments 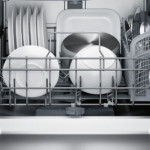