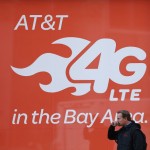 Right in sync with rumors , AT&T has launched its high-quality LTE voice calling in a handful of places across the US. If you live in the right parts of Illinois, Indiana, Minneapolis and Wisconsin, you’ll get pristine-sounding phone conversations starting on May 23rd. There’s no public roadmap for other regions, but AT&T is promising news on a “market-to-market” basis. Just don’t expect a wide selection of phones at first. The only phone that will support voice over LTE from day one is the fairly ho-hum Galaxy S4 Mini — if you just bought a Galaxy S5 or some other hot new device, you’ll still have to wait patiently for word of an update. Many smartphones are capable of handling the technology, however, so don’t be surprised if your next heart-to-heart chat sounds much clearer than usual. [Image credit: Getty Images] Filed under: Cellphones , Wireless , Mobile , AT&T Comments Source: AT&T (1) , (2)

Read More:
AT&T’s high-quality LTE calls arrive on May 23rd, but only on one phone