Enlarge / I’m in ur tower, nommin ur Internets (credit: Tim Graham/Getty Images) Australia’s National Broadband Network (NBN) , the effort to bring high-speed Internet to the masses down under, has encountered many speed bumps. The plan to bring fiber-optic broadband Internet to every Australian has been pared back in its ambitions, with a shift to a fiber backbone between “nodes” and distribution over copper wire or cable networks to the majority of users. That cost-saving move, which puts ISPs and cable providers in charge of managing customers’ access,  has caused some consternation . But now the operators of the NBN have discovered another problem that affects the cost of delivering the backbone. And it’s for the birds. The BBC reports that NBN technicians have discovered cockatoos have been damaging the ends of spare fiber cables left in place on communications towers for future network expansion by chomping on them, wearing through the steel braiding that protects the fiber. Active cables haven’t been affected, so there has been no loss of service (as of yet) due to cockatoo attacks; the ends of cables carrying active traffic are protected by a plastic cages. But cables left with their ends exposed have become a favorite of the birds, who use them to help wear down their ever-growing beaks. And the cables cost AUS$10,000 (about US$7,700) to replace. NBN’s Chedryian Bresland told the BBC, “That’s Australia for you. If the spiders and snakes don’t get you, the cockies will.” Read 1 remaining paragraphs | Comments 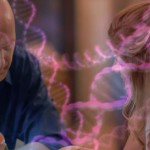