An anonymous reader writes: The author of BrickerBot — the malware that bricks IoT devices — has announced his retirement in an email to Bleeping Computer, also claiming to have bricked over 10 million devices since he started the “Internet Chemotherapy” project in November 2016. Similar to the authors of the Mirai malware, the BrickerBot developer dumped his malware’s source code online, allowing other crooks to profit from his code. The code is said to contain at least one zero-day. In a farewell message left on hundreds of hacked routers, the BrickerBot author also published a list of incidents (ISP downtimes) he caused, while also admitting he is likely to have drawn the attention of law enforcement agencies. “There’s also only so long that I can keep doing something like this before the government types are able to correlate my likely network routes (I have already been active for far too long to remain safe). For a while now my worst-case scenario hasn’t been going to jail, but simply vanishing in the middle of the night as soon as some unpleasant government figures out who I am, ” the hacker said. Read more of this story at Slashdot.

Set a Video as Your Desktop Wallpaper With VLC 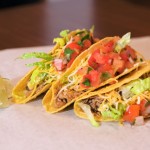 Seamless and GrubHub are merging to form a giant food delivery...