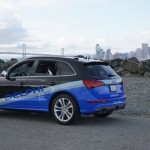 Delphi’s autonomous vehicle. (credit: Delphi ) If you want to build a self-driving car and test it on public roads in California, the state’s Department of Motor Vehicles says that every year you have to submit a disengagement report—basically a list of every time the human driver had to take over for the car. This year, Bosch, Delphi, Google, Nissan, Mercedes-Benz, Tesla, and Volkswagen Group were required to submit disengagement reports, and the results are largely what you’d expect from a novel and complicated technology. Google, as the company that’s driven the most miles on public roads in California, said it experienced 341 significant disengagement events over 424,000 miles of driving  (PDF). Similarly, Nissan reported that it drove 1,485 miles on public roads in California and it experienced 106 disengagements. Delphi’s two autonomous vehicles drove 16,662 miles and the company reported 405 disengagements. Tesla, for its part, reported no disengagements  (PDF) from fully-autonomous mode from the time it was issued a permit to test self-driving cars in California. While it’s tempting to use those numbers as a comparison point as to how good a company’s autonomous vehicles are, there are many variables that could obscure an otherwise accurate comparison. The numbers only reflect miles driven on California roads and disengagements that happen in that state. If a company primarily tests its public road driving in another state, those numbers won’t be reflected in these reports. Read 8 remaining paragraphs | Comments

Naked mole rats do not die of old age according to... 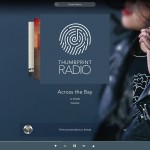