A seed-funded company named Axiom wants to build a private-sector outpost in orbit by launching a new module for the International Space Station, according to an article on Space News. Once on the station, Axiom Space would use it for commercial purposes, ranging from research to tourism. [Former space station manager] Suffredini said that it would also be available for use by NASA when the company is not using it, helping the process of transitioning research done on the International Space Station to future private stations. Research hardware elsewhere in the station could eventually be moved to this module to allow its continued use after the station’s retirement. Slashdot reader MarkWhittington shares an article from Blasting News: In the meantime, Nanoracks, a company that is already handling some of the logistics for the ISS, is proposing a commercial airlock for the ISS. The development of commercial space stations, as well as commercial spacecraft such as the SpaceX Dragon and the Boeing Starliner, constitutes NASA’s long-term strategy of handing off low-Earth orbit to the private sector while it concentrates on deep space exploration. Read more of this story at Slashdot. 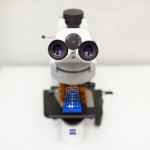