mask.of.sanity writes “A backdoor has existed for at least seven months in a platform sold by OpenX, the self-described global leader of digital advertising which counts the New York Post, Coca Cola, Bloomberg and EA among its customers. The backdoor was contained within the official OpenX package and recently removed. Security researchers say it meant those who downloaded the compromised software could have provided attackers full access to their web sites.” Read more of this story at Slashdot. 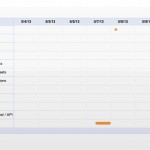 Google Drive Is Down (But How You Can Access Your Files...