Few things in this world are as moving as a potent mix of nostalgia and passion. Don’t just take my word for it: just look at the more than 22, 000 people who backed LeVar Burton’s vision of bringing Reading Rainbow to the web on Kickstarter. That’s more than a million dollars raised in less than a day, and it’s all to help kids realize that theeeeeey can be anythiiiiiiiiing . This isn’t the first time Reading Rainbow has been brought back to life since it left public airwaves in 2009 — Burton and company launched a Reading Rainbow iPad app nearly two years ago. The real issue here is access. Wanting to teach kids the joy of reading is a noble goal, but affecting change on a wider scale requires more than just hardware designed in California and assembled in China. Now that the team has shattered its funding goal, they’re going to make the books and “video field trips” from the app available on the web, and craft a version specifically meant for classrooms. Alas, Reading Rainbow’s public television days have long since passed, so you’ll actually have to pay a subscription fee for all that fine content. LeVar’s looking out for the disadvantaged too, though — the team plans to make that web version available for free in underprivileged schools. Perhaps the best part of the entire campaign (erm, besides getting kids excited about books)? All the Star Trek backer goodies Burton has on offer. On the off-chance you’ve got $10, 000 burning a hole in your wallet, you’ll be able to don Burton’s straight-from-the-set VISOR from Star Trek: The Next Generation (and without the risk of being called to Engineering to diagnose a warp core hiccup). Comments Source: Kickstarter

Excerpt from:
Backers pledge over $1 million to bring Reading Rainbow to the web 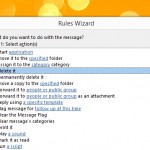 Shut Down Windows Remotely with an Outlook Filter

Couple sues Pandora and SiriusXM over copyright in pre-1972 songs