From a report on TorrentFreak: 2016 has been a memorable year for torrent users but not in a good way. Over a period of just a few months, several of the largest torrent sites vanished from the scene. From KickassTorrents, through Torrentz to What.cd, several torrent giants have left the scene.Another notable website which vanished is TorrentHound. ThePirateBay is back, but is often facing issues. Not long ago, ExtraTorrent noted that it was on the receiving end of several DDoS attacks. Read more of this story at Slashdot. 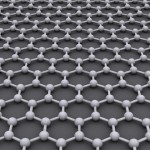 Nest Just Made Your Thermostat Smarter With a New Algorithm