The heavy metal band All Shall Perish and the president of their label, Nuclear Blast, were horrified to discover that a copyright troll called World Digital Rights had filed a suit against 180 music fans accused of sharing an ASP album online. The band and the label’s president said that they had no knowledge a relationship with World Digital Rights and had not authorized the trolls to take legal action on their behalf. World Digital Rights is asking a Florida court to give it the names and addresses of 80 John Doe defendants. World Digital Rights, a Panama-based company, filed papers saying that the label signed over an “exclusive license” to the band’s album “This is Where it Ends.” They are seeking $150,000 from each of the fans named in the suit. More at TorrentFreak: 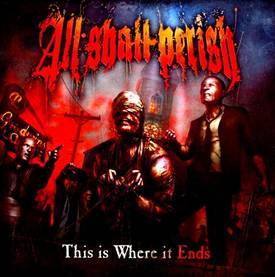 Downey, who told us that the band were totally blindsided by the revelations, describes this action against fans as “awful” and has promised to stay in touch with developments. Ideally these lawsuits will get withdrawn, not only for the sake of the Does but for the sake of the band. But if Nuclear Blast and World Digital Rights persist with this ridiculous project, All Shall Perish might have no choice but to personally intervene – their reputation could rely on it.

Read the original post:
Band and label president had no idea copyright trolls were suing on their behalf