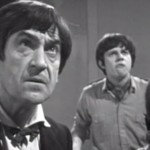 There are a few things that make Doctor Who fans wince in pain, none more so than mentioning the BBC’s policy of deleting its archives of early ’60s episodes . However, enterprising fans have scoured the globe looking for film canisters, and all but 106 had been found — until now. Nine new episodes, including parts 1, 2, 4, 5 and 6 of The Enemy Of The World as well as episodes 2, 4, 5 and 6 of The Web of Fear were discovered in Nigeria earlier this year. After being brought up to broadcast standard by the BBC’s peerless Restoration Team, both serials are now available exclusively on iTunes, until their DVD release, that is, for $9.99/£9.99 each. That should keep us amused until November 23rd , at least. Filed under: Home Entertainment , Portable Audio/Video , HD Comments Source: Doctor Who (iTunes) 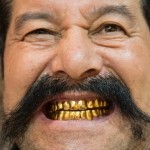