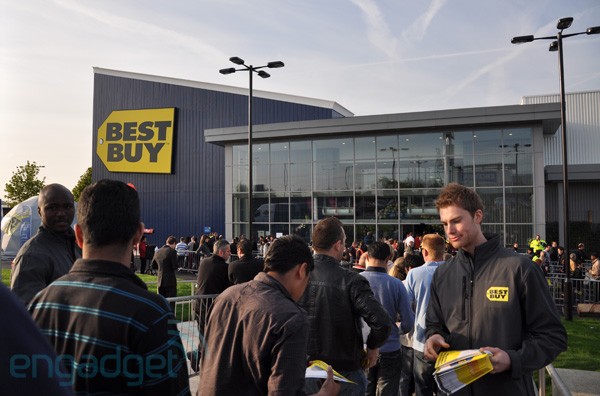 Still driving to your local Best Buy to fondle all the latest gadgets before swiping your card, or hopping to the web to pull the trigger? That tradition could be short-lived, if you happen to live near one of 50 big box retail stores that the company plans to shutter in 2013. The move was announced alongside Best Buy’s Q4 earnings report, which includes action items aimed to trim $800 million in costs by 2015. The closings will no-doubt come along with staffer reductions, some of whom could be transferred to one of 100 Best Buy Mobile “small format stand-alone stores” set to launch next year. While an unfortunate move for some customers and employees, it does show some foresight on behalf of BBY management, who likely recognize a continuing shift to online purchasing, and a greater emphasis on mobile devices, which require significantly smaller showrooms, cost less to ship and could offer greater margins to boot.