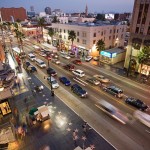 Hollywood Boulevard in Los Angeles. Diliff Los Angeles is about to unleash one of the most ambitious city-led broadband projects to date, with the goal of bringing fiber to all of its 3.5 million residents and all businesses. Next month, the city plans to issue an RFP (request for proposals) “that would require fiber to be run to every residence, every business, and every government entity within the city limits of Los Angeles,” Los Angeles Information Technology Agency GM Steve Reneker told Ars today. The City Council this morning unanimously voted to move forward with drafting the RFP and will vote again in a few weeks to determine whether it’s ready for release, he said. LA expects the fiber buildout to cost $3 billion to $5 billion, but the cost would be borne by the vendor. “The city is going into it and writing the agreement, basically saying, ‘we have no additional funding for this effort.’ We’re requiring the vendors that respond to pay for the city resources needed to expedite any permitting and inspection associated with laying their fiber,” Reneker said. “If they’re not willing to do that, our City Council may consider a general fund transfer to reimburse those departments, but we’re going in with the assumption that the vendor is going to absorb those up-front costs to make sure they can do their buildout in a timely fashion.” Read 10 remaining paragraphs | Comments

It only took 17 years: Metallica’s full catalog is now on...