Trailrunner7 quotes a report from On the Wire: A new bill intended to update the Computer Fraud and Abuse Act would allow victims of computer attacks to engage in active defense measures to identify the attacker and disrupt the attack. Proposed by Rep. Tom Graves (R-Ga.), the bill would grant victims of computer intrusions unprecedented rights. Known as the Active Cyber Defense Certainty Act, the legislation seeks to amend the CFAA, the much-maligned 1986 law that is used in most computer crime prosecutions. The proposed legislation includes the caveat that victims can’t take any actions that destroy data on another person’s computer, causes physical injury to someone, or creates a threat to public safety. The concept of active defense has been a controversial one in the security community for several years, with many experts saying the potential downside outweighs any upside. Not to mention that it’s generally illegal. Read more of this story at Slashdot. 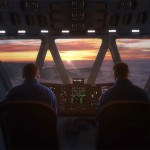 NASA wants to build airship cities in the Venus sky