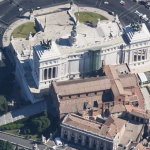 If you thought the 215TB of satellite imagery Bing Maps added last year was hefty, think again. In what is the largest installment of Bird’s Eye shots yet, the mapping folks in Redmond piled on a whopping 270TB of high-res flyover images to their database yesterday. Some of the more notable (read: gorgeous) additions include overviews of Rome and Milan in Italy, Stavanger in Norway and Kaanapali in Hawaii. Aside from the new visuals, Bing also added a couple of improvements to its Venue Maps with an expanded points of interest list and a new “Report a problem” system so users can inform Bing if a location is marked incorrectly. So go on, head over to the source, select any of the amazing locales and take a little free trip to the other side of the world. Comments Source: Bing Maps blog