Merely weeks after it was announced that Bitcoin was splitting into two separate entities, the initial version of bitcoin and it’s new “bitcoin cash, ” the network is adding a third version, according to a report. From the article: On Wednesday, a group of bitcoiners scheduled yet another split for the network in November, which would create a third version of bitcoin. So, what makes this version different from the others? Right now, the bitcoin network can sometimes take a long time to process transactions due to so many people using it. This is because the “blocks” of transaction data that get added to bitcoin’s public ledger, the blockchain, are getting full. In the weeks preceding the fork, bitcoin coalesced around a solution called “segregated witness, ” which will change how data is stored in blocks to free up some space when it kicks in later in August. But the size of the blocks themselves will stay at one megabyte on the original bitcoin blockchain. Still, some bitcoiners maintained that the only way to speed bitcoin up for the foreseeable future was to increase the size of blocks themselves. So, a group of bitcoin companies and developers got together and launched a fork called bitcoin cash, which does not include segregated witness. It bumped the size of blocks up to a maximum of eight megabytes. That fork was widely anticipated to be a failure before it happened, but at the time of writing, bitcoin cash is trading above $300 USD per coin, which is comparable to cryptocurrencies like ethereum. Sounds like everyone got what they wanted, right? Oh, no. There’s a third group of bitcoin developers, companies, and users who advocate for a “best of both worlds approach.” This group includes Bitmain, the largest bitcoin infrastructure company in the world, and legendary bitcoin developer Jeff Garzik. They got together back in May and signed what is known as the “New York Agreement, ” which bound them to implement a two megabyte block size increase alongside segregated witness via a hard fork within six months of the time of signing. They call the fork Segwit2x. Now, that’s exactly what’s happening. According to an announcement posted to the Segwit2x GitHub repository, a bitcoin block between one and two megabytes will be created at block 494, 784. Read more of this story at Slashdot. 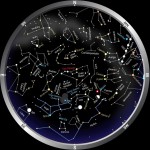 An unknown force is pulling the Milky Way towards it at... 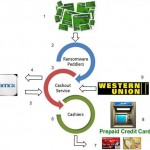 How ransomware creeps cash out their payments