An anonymous reader quotes Ars Technica: Bitcoin’s price set a new record on Saturday as the virtual currency rose above $19, 000 for the first time on the Bitstamp exchange. The gains came just hours after the currency crossed the $18, 000 mark. Bitcoin’s value has doubled over the last three weeks, and it’s up more than 20-fold over the last year. Bitcoin’s value keeps rising despite a growing chorus of experts who say the currency value is an unsustainable bubble. One CNBC survey this week found that 80 percent of Wall Street economists and market strategists saw bitcoin’s rise as a bubble, compared to just two percent who said the currency’s value was justified. Another survey reported by The Wall Street Journal this week found that 51 out of 53 economists surveyed thought bitcoin’s price was an unsustainable bubble. Less than a month ago, Bitcoin was selling for $8, 000. Read more of this story at Slashdot. 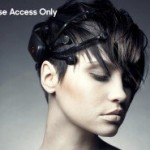 Neuro-headsets for under USD 500 could help market research