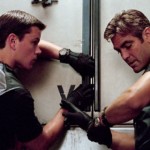 The value of bitcoins plummeted 20 percent after almost 120,000 units of the digital currency were stolen from Bitfinex, a major Bitcoin exchange. The Hong Kong-based exchange said it had discovered a security breach late Tuesday, and has suspended all transactions. “We are investigating the breach to determine what happened, but we know that some of our users have had their Bitcoins stolen. We are undertaking a review to determine which users have been affected by the breach. While we conduct this initial investigation and secure our environment, bitfinex.com will be taken down and the maintenance page will be left up,” said the company on its website . Read 7 remaining paragraphs | Comments