Yesterday, brokerage firm Detwiler Fenton claimed that more people were returning BlackBerry Z10s than had bought them at retail in the first place. Today, BlackBerry responded , saying not only that the Detwiler report was incorrect, but that it was going to ask the Securities and Exchange Commission in the US and the Ontario Securities Commission in Canada to review the report. Of the reports, BlackBerry CEO Thorsten Heins said, “Return rate statistics show that we are at or below our forecasts and right in line with the industry. To suggest otherwise is either a gross misreading of the data or a willful manipulation. Such a conclusion is absolutely without basis and BlackBerry will not leave it unchallenged.” The smartphone company also noted that Detwiler refused to make its report or methodology available. How more phones could be returned than were sold isn’t clear. Detwiler Fenton is the same firm that predicted that Microsoft would sell 2-3 million Surface Pro units in the fourth quarter of 2012, despite the fact that Microsoft explicitly said the device wouldn’t ship until three months after the Surface RT’s October launch. Read 2 remaining paragraphs | Comments 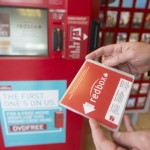 Redbox rentals will get a price hike on December 2nd