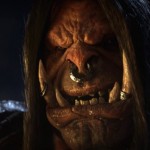 Have you been anticipating Titan , Blizzard’s first online role-playing game since World of Warcraft ? Unfortunately, you’re going to have to pin your hopes on some other title. The studio tells Polygon that it has cancelled Titan despite pouring seven years of effort into the project, which was never officially announced. As Blizzard’s Mike Morhaime explains, Blizzard just “didn’t find the fun” during a reevaluation — the game was extremely ambitious, but it “didn’t come together” as a cohesive work that you’d want to play. The developers were also nervous about defining themselves as an online RPG company. They want to build “great games every time, ” even if that means switching genres. In a sense, it’s not surprising that Blizzard would give Titan the axe. The company has a history of cutting games that it doesn’t think will fly, even when they’re relatively close to completion — see StarCraft Ghost and WarCraft Adventures for examples. There’s no mention of where the cancelled game’s team will focus its attention, but it’s safe to say that their future work won’t bear much resemblance to WoW or other massively multiplayer experiences. Filed under: Gaming Comments Source: Polygon 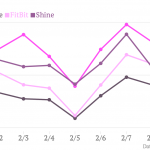