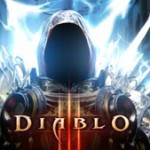 Is it time to change that “III” into a “IV”? (credit: Blizzard) Just because Blizzard finally got a wholly new franchise out the door this year doesn’t mean the game maker isn’t keen on milking its older franchises for everything they’re worth. But one of those series, Diablo , has seen a bit of a content freeze since its 2014 expansion launched. While the company loves refreshing a game launch with expansion packs, Diablo III has been sitting idly. Now we might know why. A brand-new “unannounced” entry in the Diablo world was, er, announced on Friday by way of an official job posting for—get this—the next entry’s  director . It’s the game-news equivalent of New Line Cinema saying a new Lord of the Rings film is coming but, whoops, Peter Jackson’s not involved, and they could really use a new person to get this thing up and running. The post seeks someone to “lead the Diablo series into the future.” While such a public push for a series director might read like an attempt to bring more diversity into the hiring pool, we’d frankly be shocked to see anybody other than the industry’s old-guard vets fulfilling application requirements such as five years of game-directing experience and shipping “multiple AAA products as a game director or creative director.” The job posting mentions nothing about virtual reality or other experimental hardware. Read 2 remaining paragraphs | Comments