retroworks writes “The NHS and the Daily Telegraph report on two studies (original and repeat duplicating results) in Estonia and Finland which predict whether an apparently healthy human will likely die within 5 years. The four biomarkers that appeared to determine risk of mortality in the next five years were: alpha-1-acid glycoprotein – a protein that is raised during infection and inflammation; albumin – a protein that carries vital nutrients, hormones and proteins in the bloodstream; very-low-density lipoprotein (VLDL) particle size – usually known for being ‘very bad’ cholesterol; and citrate – a compound that is an essential part of the body’s metabolism. Researchers found that people in the top 20% of the summary score range were 19 times more at risk of dying in the next five years than people in the lowest 20%.” The NHS’s summary of the news points out that “the implications of such a test are unclear. As this was an observational study, it can only show an association between the biomarkers and risk of death. It does not predict what the underlying cause of death would be for an individual and does not therefore provide an answer in terms of treatment.” Read more of this story at Slashdot.

More Than 1 In 4 Car Crashes Involve Cellphone Use 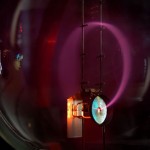