Unfortunately for horseshoe crabs, their blue blood is so good at detecting harmful bacteria that the hapless critters are being scooped up by the hundreds to be attached to industrial horseshoe crab blood milking stations. Now the International Union for Conservation of Nature has categorized the American horseshoe crab is “vulnerable” to extinction. From Popular Mechanics : Their distinctive blue blood is used to detect dangerous Gram-negative bacteria such as E. coli in injectable drugs such as insulin, implantable medical devices such as knee replacements, and hospital instruments such as scalpels and IVs. Components of this crab blood have a unique and invaluable talent for finding infection, and that has driven up an insatiable demand. Every year the medical testing industry catches a half-million horseshoe crabs to sample their blood. But that demand cannot climb forever. There’s a growing concern among scientists that the biomedical industry’s bleeding of these crabs may be endangering a creature that’s been around since dinosaur days. There are currently no quotas on how many crabs one can bleed because biomedical laboratories drain only a third of the crab’s blood, then put them back into the water, alive. But no one really knows what happens to the crabs once they’re slipped back into the sea. Do they survive? Are they ever the same?

View post:
Blue horseshoe crab blood sells for up to $14,000 per quart

iTunes Connect bug logs developers in to other developers’ accounts at... 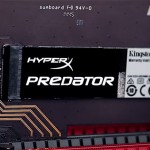