An anonymous reader writes: The Bluetooth Special Interest Group (SIG) has announced its roadmap for Bluetooth Smart in 2016, promising a fourfold range increase in the low-energy, IoT-oriented version of the protocol, along with dedicated mesh networking, a 100% increase in speed and no extra consumption of energy. The last set of upgrades to the protocol offered direct access to the internet and security enhancements. Since Bluetooth must currently contend with attacks on everything from cars to toilets, the increased range means that developers may not be able to rely on ‘fleeting contact’ as a security feature quite as much. Read more of this story at Slashdot. 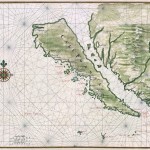 12 Maps of America From Before We Knew What It Looked...

Every X-Men member ever in one video timeline